eBay and PayPal Splitting and What it Means for Your Business

The end of a 13-year partnership

According to John Donahoe, current president and CEO of eBay, “eBay and PayPal are two great, special businesses. As separate independent companies, eBay, led by Devin Wenig and PayPal, led by Dan Schulman, will each have a sharper focus and greater flexibility to pursue future success in their respective global commerce and payments markets,” stated Donahoe.

What it means for future buyers and sellers

In a blog post written by Devin Wenig in April he shared the next steps for eBay. By focusing on engaging the “core buyer and seller segment”, eBay will work to improve the user experience on both ends. On the seller side, eBay plans to improve seller tools, simplify listing flows and implement predictive pricing data. eBay’s recent launches of their iPad app and Live Auctions is just the start of user experience upgrades to come.

For the next five years, eBay and PayPal will operate under an agreement that “will guarantee a reliable source of revenue for PayPal after the separation.” Additionally, PayPal can partner with competing companies. Since PayPal is free to work with other marketplaces, Amazon and Alibaba could implement PayPal for payments.

With the increasing competition in the mobile payments space, the recent split puts PayPal in a good position to compete. PayPal recently announced the acquisition of Xoom, a digital money transfer provider that allows customers in the United States to send money around the world.

How YOU could be affected

Although there are no immediate changes that will affect your business, it is important to keep the future in mind. eBay’s partnership with PayPal inhibited their ability to explore other payment options. Now that they’re no longer connected, eBay can explore other options that may streamline the process. For example, eBay may begin to allow shoppers to pay with credit card without creating an account with PayPal. Perhaps, customers may be able to use ApplePay or another competitor’s payment system.

The split does not come without its concerns. Sellers expressed worry over a “tracking problem”. Since PayPal and eBay were connected, they functioned seamlessly as a unit. However, now that they are no longer partnered, issues may arise in the future. A recent concern arose when PayPal updated their policy; they changed its Dispute Filing Window from 45 days to 180 days, which creates a discrepancy between the tracking information provided by USPS and the Filing Window. Now a customer could file a dispute requesting a refund five months after purchasing from your business, yet you are left without any proof the item was received since USPS only keeps the data for 120 days. It may be a good time to think about how you will protect yourself and your business from such situations.

What are your thoughts on this split? Will it be overall a good move for sellers? What is the fate of eBay after this split?

Want new articles when they get published? Subscribe to our Awesome Newsletter!! 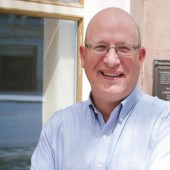 Chris is the Executive Vice President of Operations and Finance at SureDone, and was formerly the Vice President of Customer Success. Chris's role continues to be customer focused. As he says, "My job is to put a smile on our customers' faces." In addition to managing customer support, customer service, customer success and onboarding, Chris also finds time to find ways to turn chaos into order and to manage the financial and legal aspects of SureDone.

eBay Spring 2015 Seller Updates and What You Need to Know

5 Drop Shipping Problems & How eBay Sellers Can Overcome Them

Does it Cost to Sell on eBay? Selling Fees Explained

Tired of spreadsheets or inflexible software? We know how to do multichannel e-Commerce. Get more information TODAY on our our listing and order management software!

How Can We Help?

Provide us with this basic information to find out more about SureDone with no obligation.

You have Successfully Subscribed!